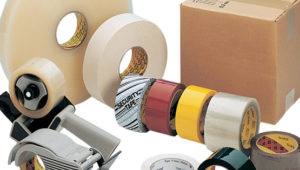 Strongcor Industrial Packaging was established in 2010 by siblings, Bruce Curnick and Jenny Rein. The business was started in a back room of Jenny’s house in Edenvale, and within a short period of operating, there was a need to move to larger premises in Eastleigh, Edenvale.

Bruce has a background in marketing, with a Diploma in Sports Marketing through the Witswatersrand Technikon. He spent his high school years at Hilton College in Pietermaritzburg. After leaving school and completing his studies, Bruce spent two years travelling and working in Europe and the United States. Once he returned to South Africa he spent a few years working locally before deciding to try his hand at a business of his own.

Jenny has a background in Human Resources and Accounts, with a BCom Degree to her name, which she obtained through UNISA. Jenny attended Glenvista High School and matriculated in 1993. After leaving school, she did a year long course in Travel and Administration, and then spent a year travelling and working in Europe. Upon her return from Europe, she went on to work as an Administration Clerk for a few years before becoming Human Resource Manager for an engineering company . During this employment she completed her UNISA degree on a part-time basis. Both Bruce and Jenny are passionate about their business. They come from a family of entrepreneurs. They believe success comes from hard work, and together with their staff are passionate about building a successful packaging business.

GET A QUOTE
Did you find apk for android? You can find new Free Android Games and apps.